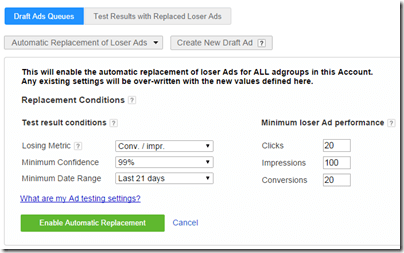 Draft Ads allow you to create Ads in advance and then choose replacement conditions in which your loser Ad will be automatically paused and your draft Ad pushed live.

With the creation of draft Ads, you can:

In addition, you can create replacement conditions. These conditions are different from thresholds.

You can have conditions set at the account, campaign, or ad group level. In addition, you can have different conditions for each of these levels. For instance, you might have a campaign where you choose only to replace Ads if they lost by CPI and have at least a 95% confidence rate and 30 conversions; yet you might have a very high volume ad group where you want to use a 99% confidence rate and 100 conversions before the automation kicks in and pauses and replaces Ads.

View all thresholds and testing metrics at once.

In Adalysis, you can set testing metrics and thresholds at the account level and then overwrite those metrics at the campaign level. 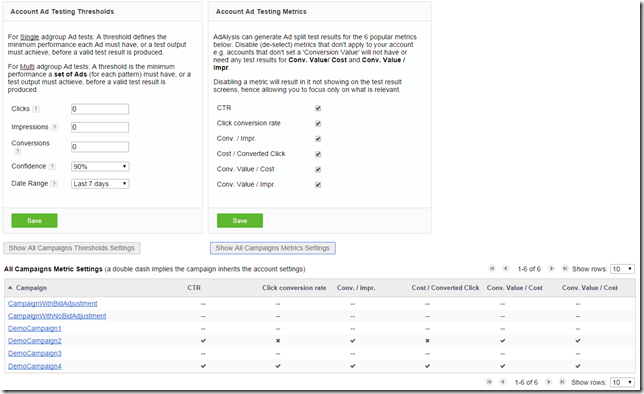 Previously, if you pushed an Ad live that required a review, there was a conflict with how Google was granting (or ignoring) the requests.  We’ve addressed this issue and now, if you push an Ad live that needs a review, you will have the ability to either choose to have the Ad manually reviewed or you can cancel the review process and edit the Ad.

This review process has not yet come to draft Ads; but it will shortly.

You can now setup multi-ad group tests to run for Destination URLs. The input supports up to 60 characters, and if your URLs are longer than 60 characters, you can end your URLs with wildcards to match various patterns. 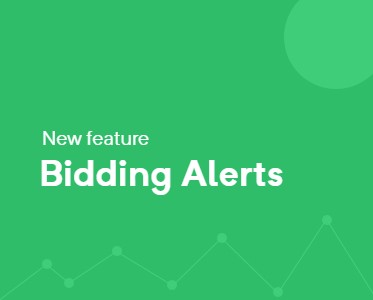