We’re a big fan of automatically monitoring KPIs and having quick investigation tools into examining why the data changed.

Over the next few weeks, we’re going to look deeply into each aspect of the Performance Analyzer tool (available for Adalysis members or via a Free Google Data Studio report). This report can make diagnosing KPI and data changes incredibly fast if you know the influencing account changes that affect each metric change. 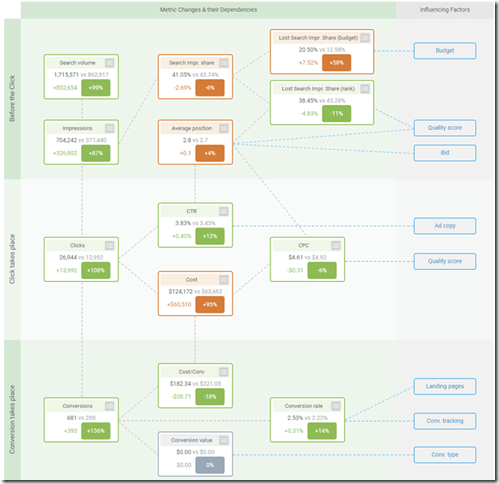 Before we get into that, we want to share some survey results of why a tool like this is so incredibly important to have at your disposal. We surveyed 487 PPC managers about KPI monitoring, and this is what we learned.

The KPIs Being Measured

We wanted to know what type of KPIs are most commonly monitored and were surprised to find that Total Clicks was the number one item, which was closely followed by total conversions. The second most common items were ROAS and CPA. Some companies monitored both of those metrics, but the majority of companies only monitored CPA (lead gen) or ROAS (ecommerce).

While you can easily argue that Quality Score, budgets, and average position are not KPI metrics – if that’s what the company is measuring then it’s something we need to make sure we can also monitor for those companies.

How Often Do You Monitor KPIs?

Once the KPIs being monitored were established, we wanted to know how often the KPIs were monitored. The most common response was monthly followed closely by weekly. Only 11% of companies were doing daily KPI monitoring.

While you might only want to monitor Quality Score monthly or Quarterly, monitoring your ROAS or CPA on a monthly basis seems like a bad idea when it’s so easy to automate seeing this data on a daily or weekly basis and only being alerted when something drops or falls below your threshold.

When You Are Off Target – How Long does it Take You To Figure Out Why (on average)?

Lastly, we wanted to know when someone realized they were off target, how long does it take to figure out why so they can start to put a fix in place. When this question was asked, there was a caveat of “Consider delays in starting your investigation – not just the work itself. From noticing there is a problem to understanding why you are off target, what is the total time?”

Those who replied with less than 1 hour are impressive. However, 1 hour to same day should be the standard that we all strive for since it’s easy to visualize data.

The issues that arose were when a client or boss would ask an open ended question like:

These open ended questions, which should take only a few minutes to give an initial answer (but maybe not the entire picture) often would throw chaos into the PPC department who would start neglecting their work to run lots of reports to give an answer.

As it’s simple to automate KPI monitoring with scripts or tools, we wanted to know how many companies were automating KPI analysis. The answer was just too low; only 19% of the companies surveyed automate their KPI monitoring.

While the KPIs you monitor will differ, the KPI monitoring should be automated. You can either use a tool like Adalysis to define your KPIs or set up alerts within the PPC platforms or use a script.

Once you know there’s an issue; then you need a quick way to visualize the factors that affect that KPI, like this Data Studio report (also automated within Adalysis) that shows you how your metrics changed and what influences those metrics.

For instance, this company saw impressions and clicks go up, but conversions dropped. The primary issue was a drop in conversion rate. That drove the increase in CPA. Therefore, in a single glance, we know that we should start digging into exactly where the conversion rate dropped to fix the issue. 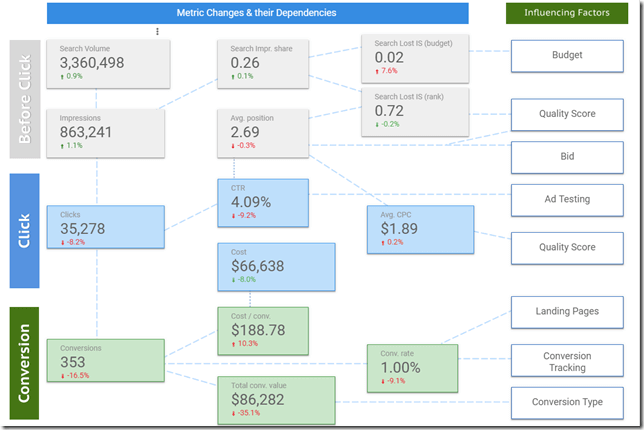 This report has so much data on it that we need to understand what affects search volume, CTR, conversions, and our other metrics so that with just a glance, you can quickly identify what metrics changed and where. Once we understand all of these metrics, then the investigation can be swift and efficient so you can quickly put a fix into place.

For instance, in this account, it took about 30 minutes to discover the issue:

In total, this took them about 1 hour on the entire diagnosis and another 2 hours on the fixes (primarily due to having to fix all the exact match words Google now thought were relevant). The end result was that the following month was one of their best ever. 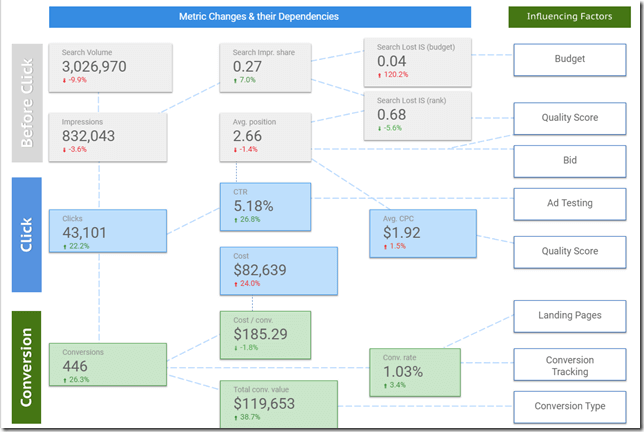 The reason this diagnosis only took an hour is that they had useful tools in place and they knew how all the metrics were related so that they could easily dig from account to campaign to ad group to keyword level analysis to quickly find the problems for each campaign and put fixes into place.

There is a level of education required to understand the depths of what to examine to quickly make these determinations.

Over the next several weeks, we’ll dig into the metrics in this chart and what data and entities (keywords, audiences, ads, etc.) affect those metrics. 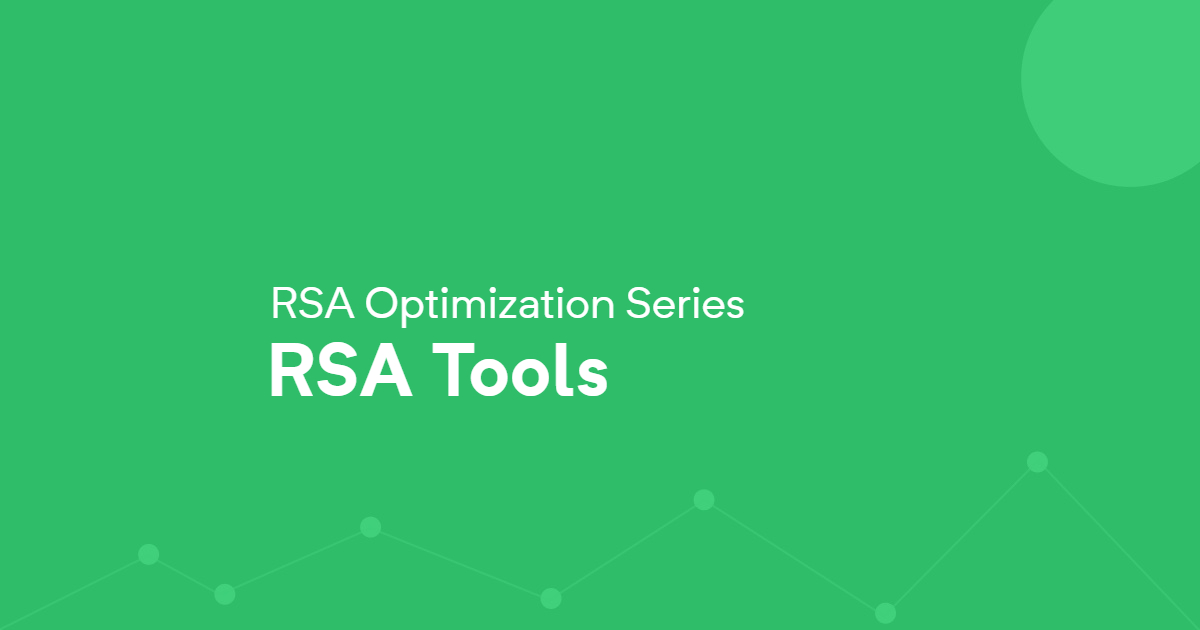